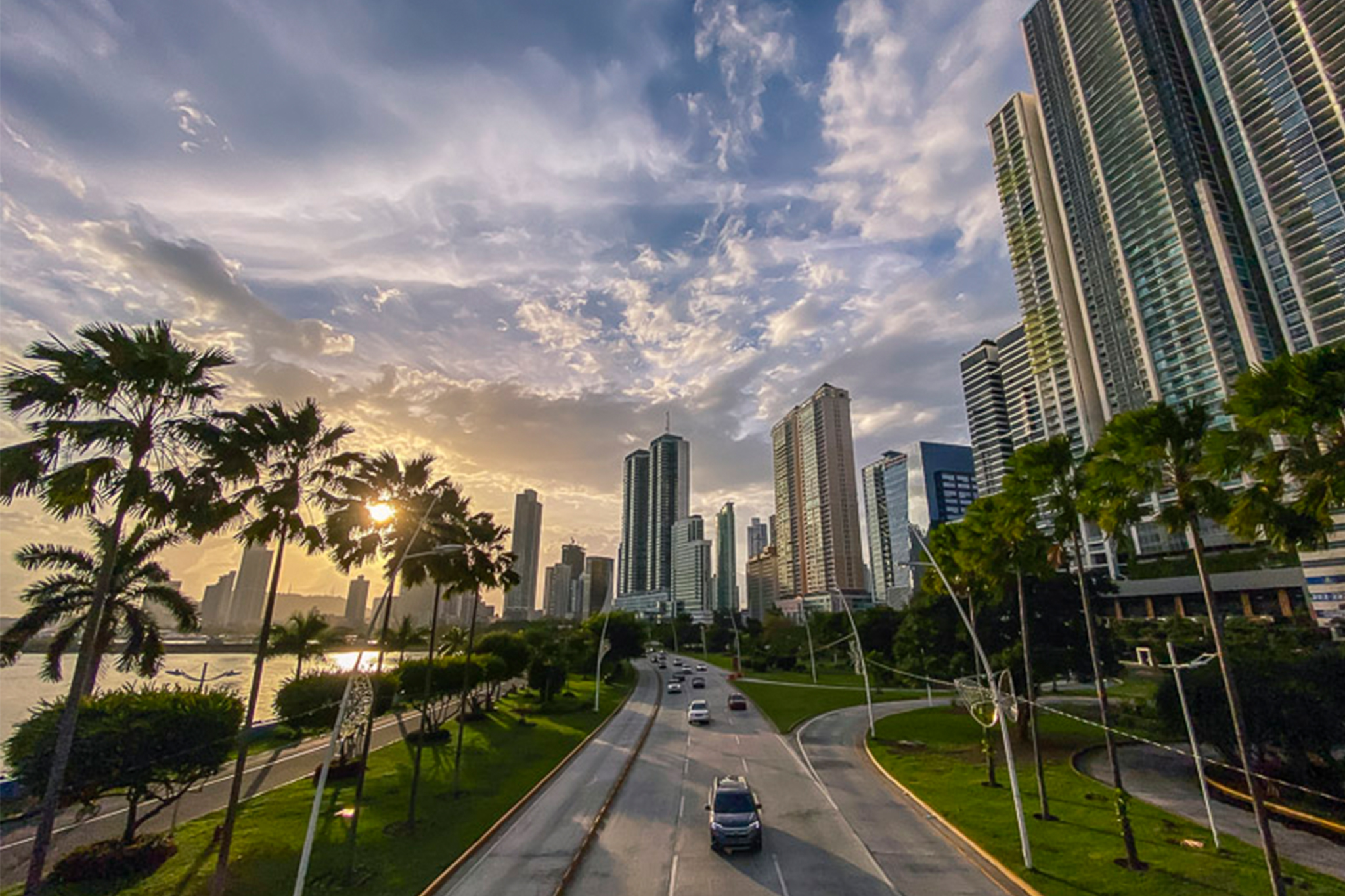 This is a question that many people who come to Panama ask themselves either as temporary residents or to establish their permanent residence.

Most of the population is concentrated in Panama City, where you can easily distinguish the different neighborhoods or areas to live according to their location and idiosyncrasy.

In my opinion, although Panama has a varied and well-differentiated offer, there is no better area to live, it all depends on your priorities and lifestyle.

In this first edition of the blog, we will talk about the best Urban / Cosmpolita areas to live: 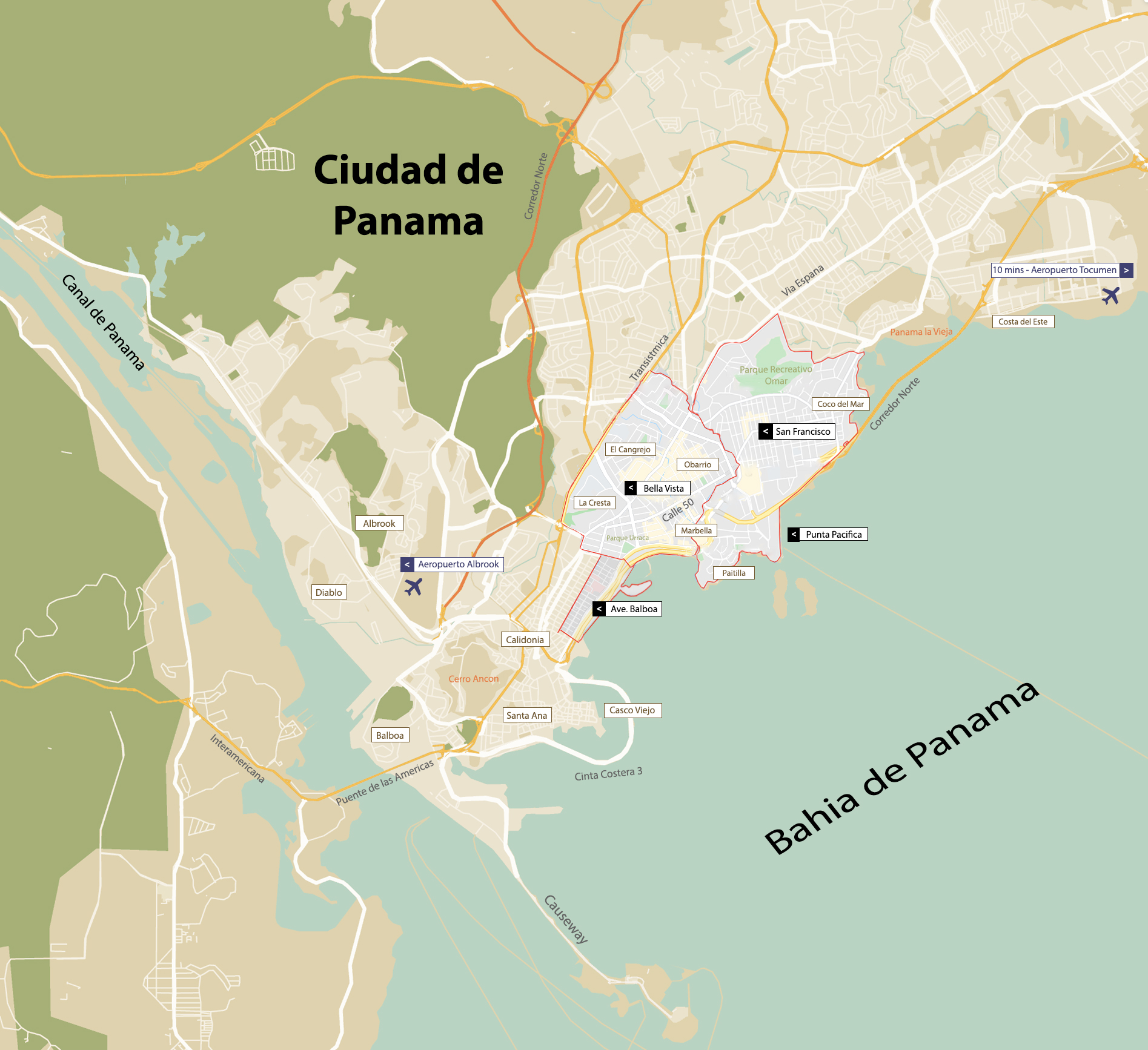 These are the most wanted neighborhoods within an urban lifestyle, in the center of Panama:

This residential neighborhood is part of the heart of the city and its history. It borders the Panama Bay and the neighboring towns of Bella Vista, Parque Lefevre and Pueblo Nuevo.

The part that borders the sea is called Coco del Mar where there are relatively old buildings and some recent construction. Part of the charm of this area is the beautiful ocean views.

Also, the Omar Torrijos Park is located in San Francisco, better known as the Omar Park, with about 5 km of route, it is a green lung for the city where you can walk, do sports and it is also a leisure center with different events during the year . The national library is located within the park too. 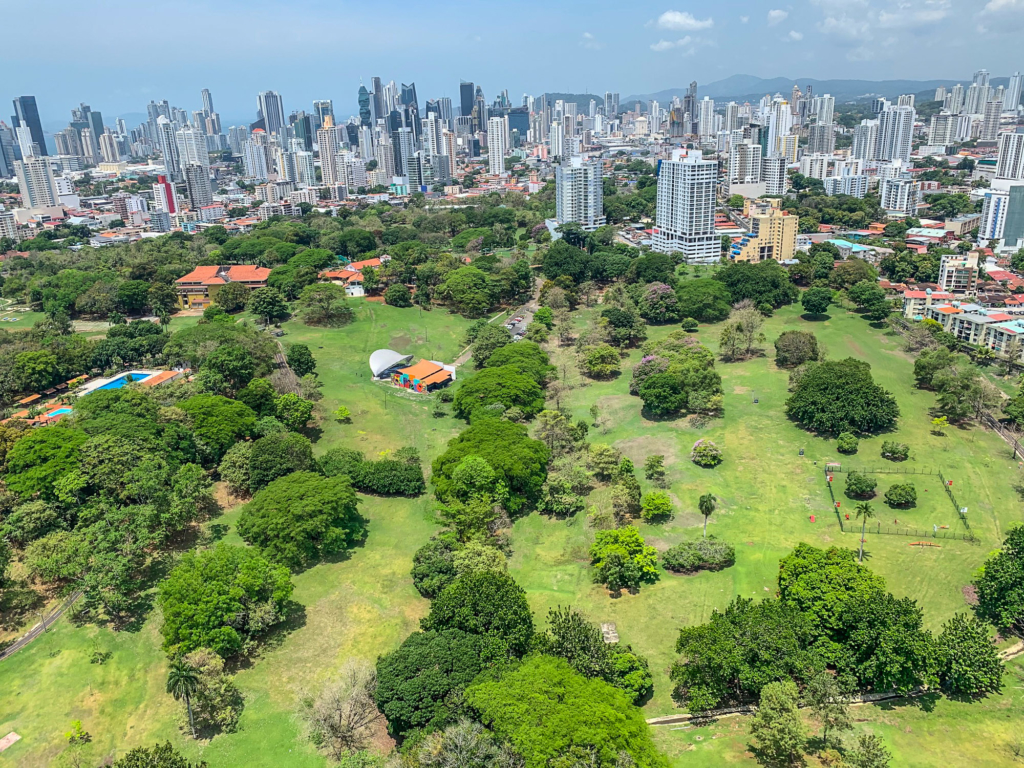 It is worth highlighting the Atlapa Convention Center, whose agenda ranges from events of commercial interest, as well as cultural events with artistic productions of international scope. 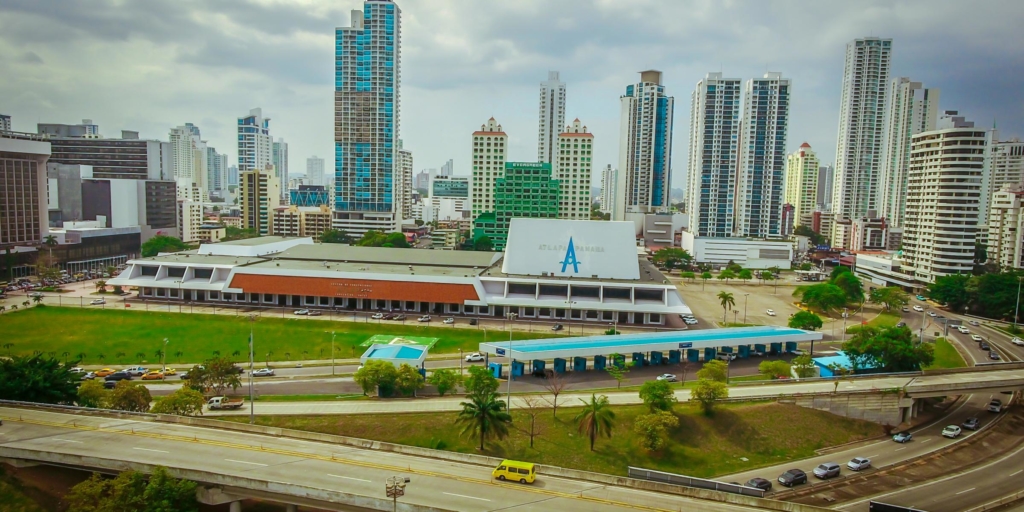 One of the characteristics that make San Francisco a different neighborhood is that, in addition to finding large supply areas, banks, international schools, etc. Boutique-type businesses have proliferated offering products and services hard to find in other locations in the city. Organic shops, international clothing boutiques, beauty centers, designer cafes, easily accessible on foot.

San Francisco is an ideal neighborhood for people seeking tranquility within the city, with easy access to main roads, with spaces for walking, with local shops where you can shop while having a delicious dish or gourmet coffee in a design space.

This type of business has given San Francisco a different flavor from the rest of the city. Likewise, many liberal professionals have set up their businesses there.

In summary, San Francisco is a beautiful neighborhood highly recommended to live and enjoy an urban environment without losing tranquility and with access to quality shops.

Balboa Avenue is one of the main arteries of the city, in addition to being one of the most modern avenues in Latin America, it is characterized by having six road lanes and two piers. This avenue joins the east and west of the city bordering the bay. 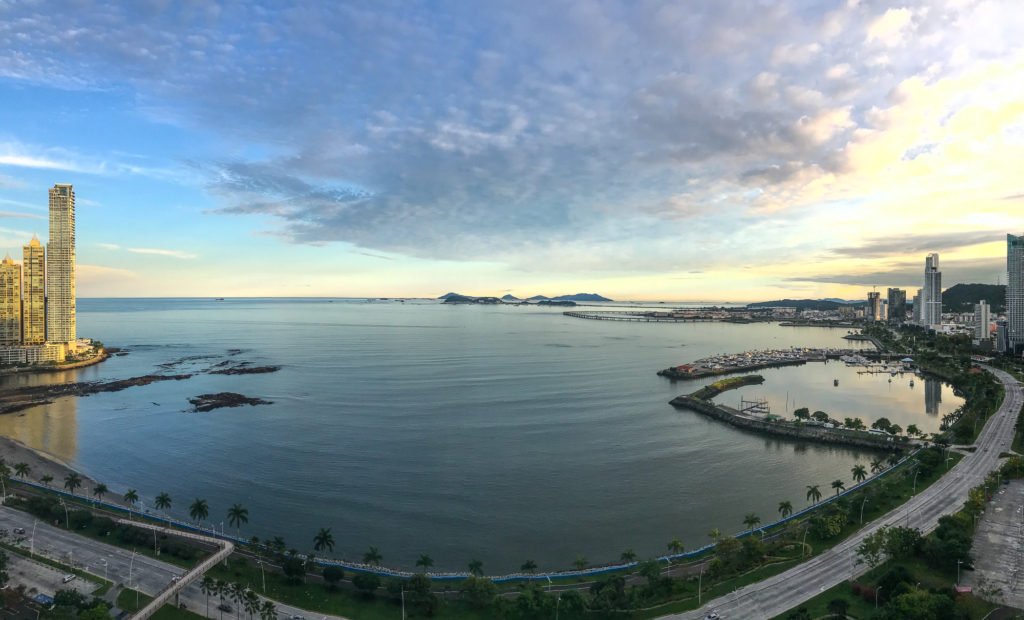 The buildings that are located in the “Balboa” as it is commonly called in Panama, are characterized by their incredible views of the Pacific Ocean and for having a central location and easy access to transportation.

One of the reasons that many people seek to buy or rent on Balboa Avenue is also access to the coastal strip or better known as “Cinta Costera”.

The Cinta Costera that goes along the sea is the largest leisure hub in the city. With a bike path of about 21 km, it is perfect for exercising of all kinds, in addition to the fact that many sporting events such as marathons and cultural events such as the Christmas parade or the carnival parades are held on the coastal strip. 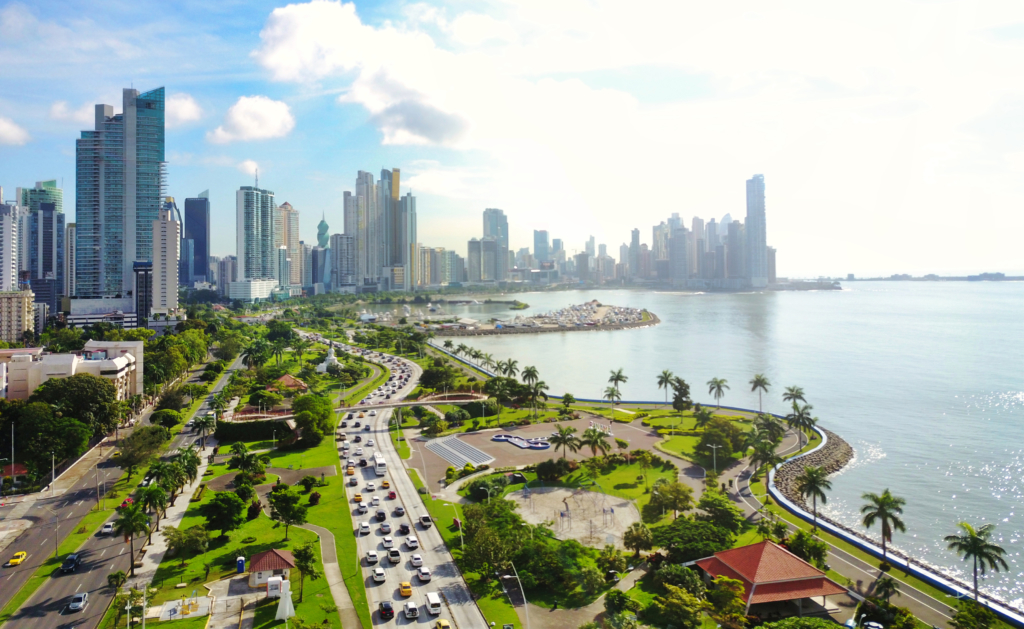 On weekends, the Cinta Coster bustles with activity, from the seafood market where you can eat a delicious Panamanian ceviche, there are people running, dancing, there are basketball courts and many stalls where you can buy a refreshing “raspao”.

The drawbacks of living on this great avenue are the rush hours when traffic collapses.

On Balboa Avenue you live completely immersed in the cosmopolitan rhythm of the city.

At the end of Avenida Balboa is Punta Paitilla followed by Punta Pacifica.

As their names well indicate, geographically they are points of land that go out towards the sea.

Punta Paitilla together with Punta Pacifica are residential neighborhoods considered “luxury”, highly sought after for their central location with local shops and services that can be accessed on foot. 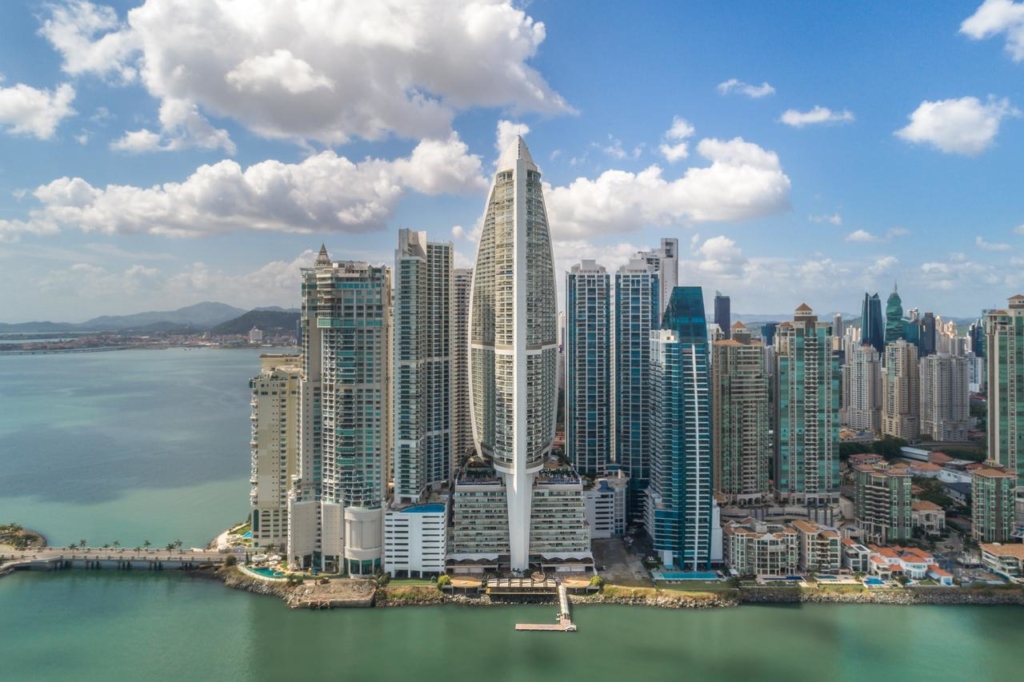 It can be clearly distinguished that the architecture of Punta Paitilla is older, the large towers of buildings built in the 80s maintain their elegance.

Punta Pacifica is mainly made up of newer construction luxury residential buildings, mostly with large apartments and beautiful social areas, with all the services one could wish for.

The views of the apartments towards the ocean are wonderful and most of the people residing in this area are from the upper middle class, many of them expat families.

On 56 street that connects Punta Paitilla with Punta Pacifica is the Club Unión, a prestigious and recognized social club founded in 1909, which offers sports activities and all kinds of events for members and where large Panamanian families are affiliated. 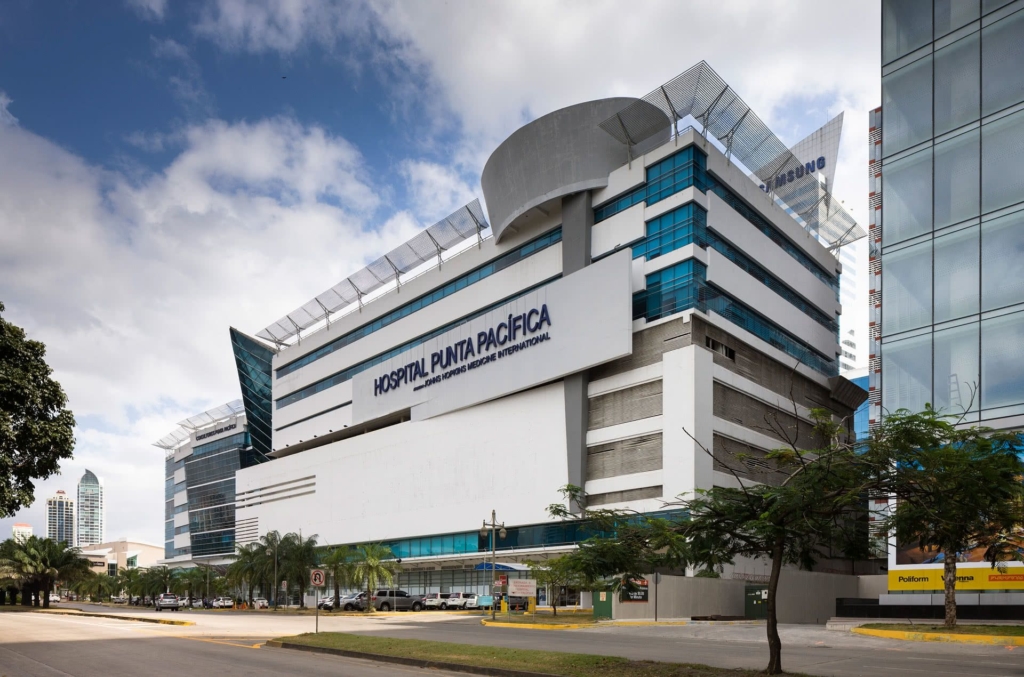 In Punta Pacifica you’ll find one of the most prestigious private hospitals in Panama that houses the headquarters of the Johns Hopkins Medicine system, recognized leading private health system in the United States. Across the street is the Multiplaza Mall, where you can find all the most prestigious international brand stores today, as well as renowned cinema, bars and restaurants.

Living in Punta Pacifica is enjoying urban life in buildings with great amenities and with the advantages of living close to everything. Tocumen International Airport is only about 20 minutes away.

Within the Bella Vista district, three neighborhoods stand out:

Obarrio is the financial heart of Panama City. With its large skyscrapers, it is the area where a multitude of international offices, banks, and large corporate companies are concentrated. In addition to having easy access to the main arteries of the city such as Balboa Avenue, Calle 50, and the “Corredor Sur” that leads to Costa del Este or Tocumen International Airport. 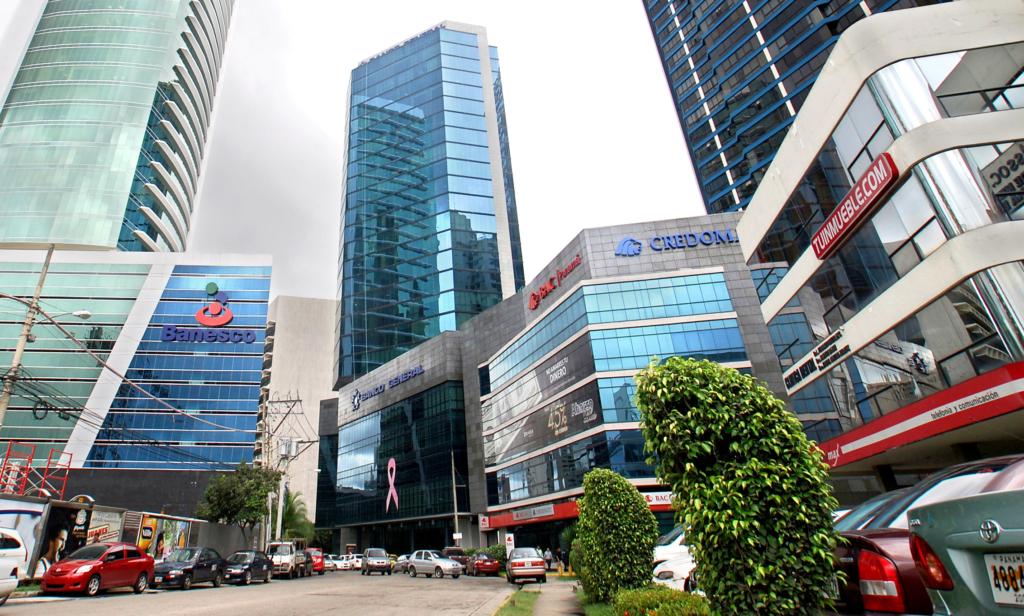 Living in Obarrio is being immersed in the cosmopolitan life of the city, perfect for millennials. Large towers of buildings mix between the old and the modern, in coexistence with single-family homes, some of them embassies or prestigious residential homes, hotels, restaurants, and much more.

The large quantity of quality services that are available to the resident also make Obarrio a very attractive place; with the luxury shopping center Soho Mall that offers a VIP cinema, restaurants, gym and internationally renowned stores perfect for a day of shopping.

Samuel Lewis Street is an important transit route where the Santuario del Corazón de María parish is located, in addition to various businesses and banks. This main road is named after the one who was the first Vice President of Panama.

Marbella is the most residential part and with mostly older buildings in the area. Even so, this small conglomerate is a nucleus of peace in the midst of the whirlwind of great avenues that surround it. You can travel a short distance and find various shops and services in the vicinity. As well as the important Paitilla Medical Center, where you can find all the health specialties. 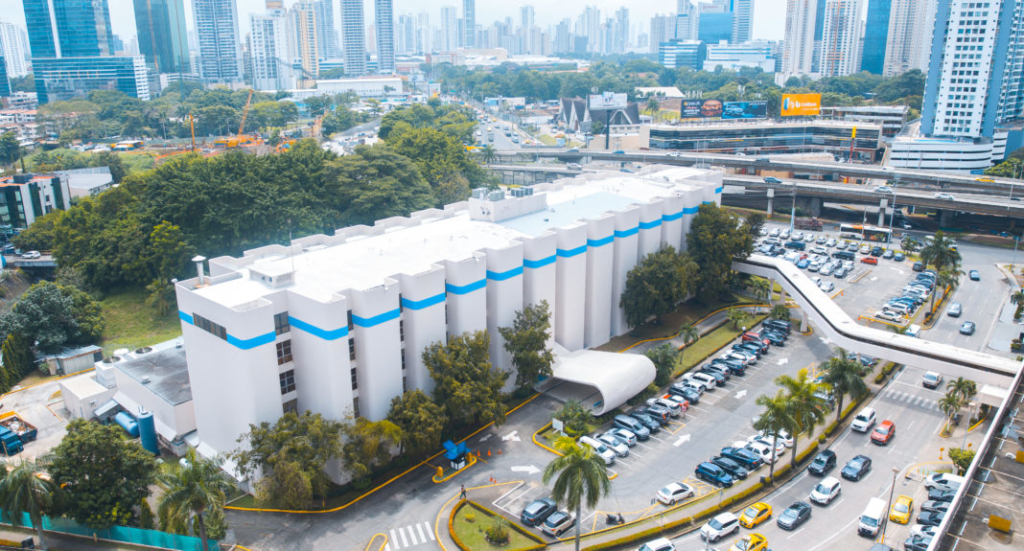 The neighborhood called El Cangrejo is located between main roads that run through the city, one of them being “Via Argentina”, on its north side, “la Transísmica”, and on the south side, “Avenida España”.

Much of the commercial activity of El Cangrejo is concentrated in the Via Argentina, which is buzzing with movement in its streets. Regarding the architectural concept, El Cangrejo was considered a modern neighborhood in the 50s, resulting in a mixture of single-family homes with buildings of different characteristics. 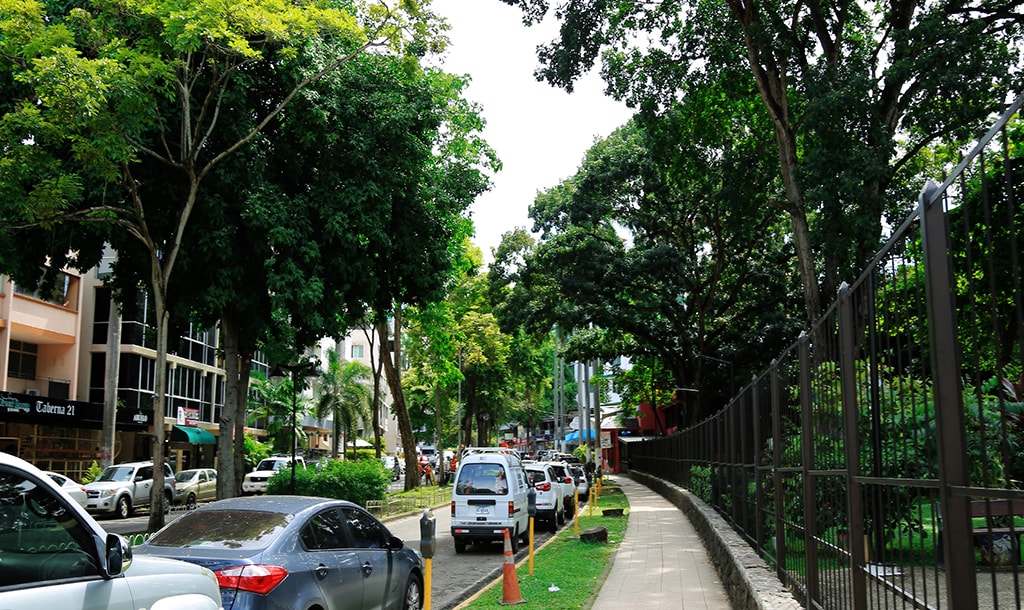 What makes El Cangrejo a vibrant neighborhood are its streets with shops of all kinds, craft breweries, restaurants with different gastronomic offerings, hotels, casinos, at a crossroads of streets adorned by royal palms and guayacanes, where the Andrés Bello Park appears as a small green oasis and Einstein’s head seems to mark a meeting point in the middle of this conglomerate.

El Cangrejo, is a neighborhood with flavor and has been home for years to important personalities of Panamanian culture, such as Roberto Durán, Pedro Rivera and José Luis Rodríguez Pittí.

* The estimated prices of the square meter have been obtained from the page Find 24 which is the page with the highest number of Real Estate ads in the Country.

I hope this blog has been of interest to you. We would love to receive your comments and/or questions.

In our next blog, we will be talking about one of the most vibrant areas to live within Panama City, Casco Viejo.

Head of the Department of Real Estate.

How to travel to Panama with my Pet

5 Benefits of high-quality pictures to sell your property successfully

Social Responsibility in times of Covid-19

7 benefits of the Virtual Tour to successfully sell your property

Among all the tools available to sell a property successfully, at the best price and in the...

We keep smiling with our eyes

The safety of our clients and our collaborators is a priority. That is why we respect the...

K&B Real Estate Services, Inc. is a company regulated and supervised by the Superintendence of Supervision and Regulation of Non-Financial Subjects of Panama, attached to the Ministry of Economy and Finance. It is licensed as a Real Estate Broker by Resolution PJ-1284-18 of September 26, 2018.